The Facebook/Burson-Marsteller Debacle, Google - and the World War For (Our) Information 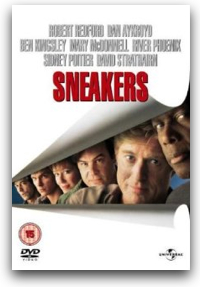 “There’s a war out there, old friend. A world war. And it’s not about who’s got the most bullets. It’s about who controls the information. What we see and hear, how we work, what we think… it’s all about the information!”
- Cosmo in “Sneakers” (1992)

I could only reflect on this quote as the news exploded last week that Facebook had hired PR firm Burson-Marsteller to spread negative stories about Google, and then continued in almost Keystone Kops-fashion with both Facebook and B-M competing to see who could throw the other under the bus the fastest... complete with silly aspects like Burson-Marsteller deleting posts from their Facebook page (they have stopped doing that, as is obvious from their page now).

In the midst of all this there was the predictable outrage from so many in the PR / communications industry, with statements about clear violations of ethics and so much more. Neville Hobson provides a solid summary over on his blog along with some recommendations for B-M.

My only real thought through it all was...

is anyone REALLY surprised?

If anything, my surprise was only that the Burson-Marsteller employees were amateur enough that they got caught!

The reality is that the quote that Ben Kingsley's character Cosmo said to his friend Martin (Robert Redford) almost 20 years ago is if anything only MORE true today.

There's a war out there.

A war for our eyeballs.

A war for our attention.

A war for our dollars.

Odds are that for almost all of you reading this, the answer is...

We are evolving into the Cloud.

And therein lies the war.

The war is about who controls the information... it's about "what we see and hear, how we work, what we think".

It's THE war that will define our future... and whether that future will be in the hands of closed, proprietary "walled gardens" controlled by a few corporations - or whether we will have a more open Internet where we all have more choice and control.

Oh, yes, and it's a war for BILLIONS of dollars...

The other reality is that this Burson-Marsteller "kerfuffle" between Facebook and Google is only a minor skirmish in the larger war.

... and in so many other facets of our lives. Pick an area... and there's a battle going on as part of this larger war.

In that context, the fact that Facebook engaged a company like Burson-Marsteller to spread rumors and stir up negative publicity against an opponent is not at all surprising.

For many engaged in this war, they live by a simple premise:

The ends justify the means.

And with that world-view, such quaint views as "ethics" don't matter. All that matters is...

Was what Burson-Marsteller and Facebook did sleazy and unethical by the standards most of us hold?

Will Burson-Marsteller's actions once again hurt those of us who take pride in the PR / communications industry and would like it to be viewed more positively?

Will those of us who do abide by a code of ethics in our PR / communications efforts once again have to endure having our reputation tarnished by those who don't?

Will will see more of these kind of sleazy actions, perhaps not from Burson-Marsteller but from other firms?

... but odds are that others will look to cover their tracks more and not get caught.

There's a war out there, my friends, a world war...

WordPress.com Hacked - Time To Change Your Passwords - and the Positive Side of Transparency 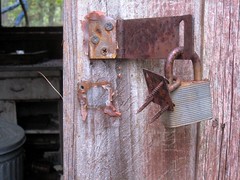 Automattic had a low-level (root) break-in to several of our servers, and potentially anything on those servers could have been revealed.

We presume our source code was exposed and copied. While much of our code is Open Source, there are sensitive bits of our and our partners’ code. Beyond that, however, it appears information disclosed was limited.

While there was no specific mention of impacts to users in the post, Matt did reply in the comments:

We don’t have evidence of passwords being taken, and even if they had they’d be difficult to crack. However it’s never a bad idea to update your password, especially if you used the same password in two places.

He later went on to assert that credit card info and other personal info was NOT exposed and also verified this incident affected only the WordPress.com hosting service and not WordPress software itself.

The incident has now been widely reported throughout much of the online tech world, with TechCrunch noting the size of WordPress.com:

WordPress.com currently serves 18 million publishers, including VIPs like us, TED, CBS and is responsible for 10% of all websites in the world. WordPress.com itself sees about 300 million unique visits monthly.

It's good to see Automattic's openness about the security issue, even when they are still investigating and don't honestly have the answers. Kudos to Matt Mullenweg for diving into the comments and responding as he has been.

The effect of that transparency is certainly visible in the many other comments to the post - including ones like this:

Thanks for letting us know Matt. Admire the transparency so much I’m signing up for a paid account.